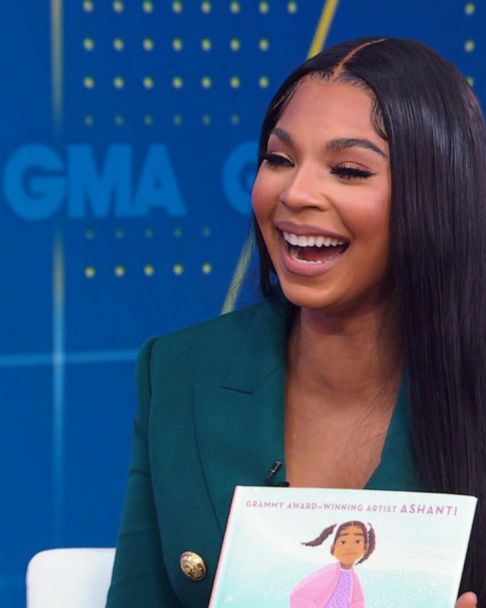 This morning, singer Ashanti joined “Good Morning America” to talk about rerecording her debut album to own her masters and her new children’s book.  In case you missed it, the performances included a special appearance from Ja Rule.

Ashanti performs a medley of hits on ‘GMA’ The Grammy-winning singer performs some of her most popular jams, including “Rock Wit U,” “Happy” and “Mesmerize,” and brings out a special guest.

Ashanti performs ‘Falling for You’ and ‘Foolish’ on ‘GMA’ The hit singer performs her brand-new song live for the first time along with one of her biggest hits.

Ashanti chats about new music and re-recording past hits The singer said she was inspired by Taylor Swift to re-record her debut album, which was released 20 years ago.

Summer Beauty Trick: How to Wear A Nude Lipstick

Wearing nude lipstick this summer is fun, sexy, and very sophisticated.  And I love wearing a nude lipstick because this color practically goes with any dress for any occassion.  But there’s a fine line between wearing a neutral lip color and appearing to have just “rolled” out of the bed.

When trying to achieve a neutral look this does not mean simply wearing clear lip gloss (and nothing else.)  This effortless look still requires make up application with the selection of the right products.  Lucky for us we have tips on how to wear a nude lipstick!

How To Wear a Nude Lipstick