Coach, Inc., a leading New York design house of modern luxury accessories and lifestyle collections, goes to the dogs as it reveals its newest advertising campaign. Titled “COACH PUPS,” the new campaign features canine stars in a series of portraits photographed by Steven Meisel. It launches this month with Miss Asia Kinney, the adorable four-legged companion of Lady Gaga.

The campaign celebrates the dogs in our lives and captures the pups’ unique personalities as they “model” Coach’s Fall 2015 star bags. Additional PUPS staring in the campaign will be revealed shortly.  Miss Asia Kinney, Lady Gaga’s now famous French Bulldog has amassed a substantial social media following in only a few short weeks. The Coach bags she elegantly models in the campaign are the Edie and the Rucksack.

Art directed by Fabien Baron and styled by Karl Templer, COACH PUPS will appear in print, online and on outdoor media globally starting in July.

Lady Gaga commented: “I am so proud of Miss Asia! She’s a natural in front of the camera, and we’re both so excited that the iconic Steven Meisel shot her for Coach’s pup campaign! I really love getting to watch my best friend be a star.”

Stuart Vevers, Creative Director at Coach comments, “’I’ve never had so much fun on a shoot. The combination of Mr. Meisel and the pups was an extraordinary, surreal, special moment. We wanted to create playful images that make you smile. We were inspired by some images from the Coach archive, which featured Eddie—the dog that starred in the TV series Frasier—to create something joyful, with humor and character. That’s a spirit that’s uniquely at the heart of Coach.”

This new initiative will also introduce the social campaign #coachpups, including a range of online activities for fellow dog fanciers, opportunities for Instameets, special talks and other events hosted by the great and the good of the canine world. This will also mark the debut of the Coach Snapchat account.

Coach has made a donation to Chicago French Bulldog Rescue (frenchieporvous.org) on behalf of Miss Asia Kinney and her devoted owner.

Coach, established in New York City in 1941, is a leading design house of modern luxury accessories and lifestyle collections with a rich heritage of pairing exceptional leathers and materials with innovative design. Coach is sold worldwide through Coach stores, select department stores and specialty stores, and through Coach’s website at www.coach.com. Coach’s common stock is traded on the New York Stock Exchange under the symbol COH and Coach’s Hong Kong Depositary Receipts are traded on The Stock Exchange of Hong Kong Limited under the symbol 6388.

Handbag Accessories: Take Your Purse from Drab to Fab {VIDEO} 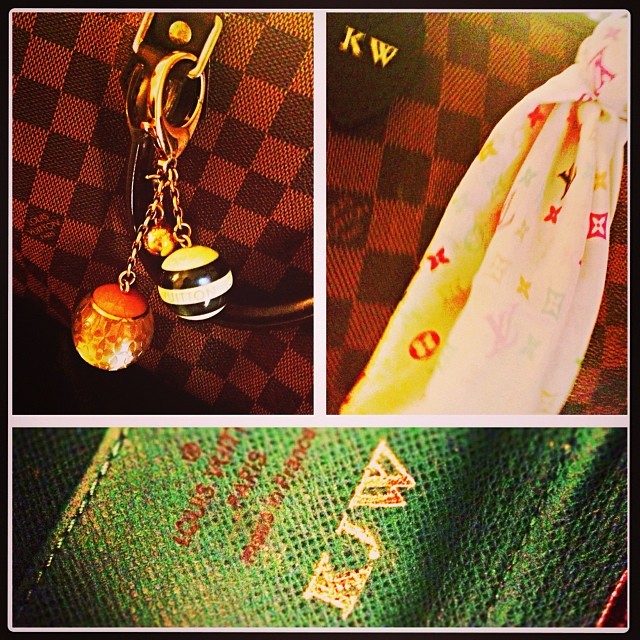 Handbags are one of my favorite accessories.  I like having my items organized and in one place when it’s time head out.

But aside from having a beautiful designer purse, I also enjoy adding my personal style to bags with a few accessories.  It’s great to own several handbags (whether they’re designer, vintage, or just a good deal) but here’s a question, “are they enhancing your overall look or simply blending in with your trousers?”

The video below talks more about how we can add a special touch to our handbags while looking fabulous.  I hope it encourages everyone to place a charm, scarf, or have their initials stamped on their bag.