It’s not only in the fashion world that we see trends but also in the culinary world too. If you are not up to date on the latest fashions in food, then read on for a simple breakdown and some advice on how they could help you be healthier.

5:2 is the most recent trend in food that people are raving about at the moment. It a fasting diet, where you consume under 500 calories for two days of the week and eat as normal for the rest of the time. This way of fasting is said to kick the body out of fat storage mode while allowing you to eat regular meals.

Some people do two full days of eating only 500 calories. While only eating 500 calories in a day might seem pretty grim, you are not completely starving yourself. There are some tasty and filling soups, salads and frittatas that you can still enjoy, even on a fast day. Just make sure that you count your calories.

Some People choose to spread their fast out through the whole week. This process is known as intermittent fasting and comprises of regular ‘eating windows’. Basically, you have a window in each day that you can eat in, but you are not to consume anything outside of that time. It usually last about 6 hours so many people skip breakfast and use the time when they are asleep to make up the rest of their 18-hour fast time. This is a lot easier because when you are asleep, you are not going to feel hungry.

Clean eating is also popular with celebrities like Gwyneth Paltrow, Alicia Silverstone, and Jessica Alba. In fact, Paltrow is so committed to the cause that she has written several cook books on the subject including “It’s all good” and “It’s all easy,” which you can purchase here.

Clean eating focuses on cutting out any processed food. This is because processed food often contains lots of sugar, fat, and additives that make it taste nice, but doesn’t need to be there. That means if you are eating a lot of processed food you are taking a significant amount of bad stuff into your body when you don’t  need to. By switching to clean eating, your body gets more of the proper nutrients it needs and less of the bad stuff that is harmful to it.

For the most part cleaning eating requires you to prepare and cook the food yourself to avoid these ‘dirty’ additives. However, you can, of course, eat healthy whole snacks like popcorn, and raw fruit and veg. Some companies are now also selling prepared products that follow the clean eating ideal. One such company is Hampton Creek, who are trying to change the food industry from the ground up. You can check them out on YouTube where you can discover what goes into their products. There are also some nice recipe ideas for clean dinners that you have to try.

The paleo diet has been all over social media in the last few months and has been trending hard on both Pinterest and Instagram. If you are still in the dark about this food trend, the basic premise is that you can only eat food that would have been available to a caveman. So that means sugar, cereals, dairy and beans and pulses are out. This leaves meat, vegetables, fats, nuts and fruits on the menu.

It’s based on the idea that as the world became industrialized, we humans, started to eat a lot of stuff that we are not meant to. Stuff like refined sugar, cow’s milk and the like. Our bodies were never designed to eat or digest this stuff properly so going back to a caveman diet will reset our bodies to optimum health.

While it sounds pretty strict, some of the more clever cooks have been adapting everyday recipes to the paleo diet so it’s not as hard to stick to as its sounds. You can actually have brownies, cheese cakes, cupcakes and cookies on this diet. The only thing you need to do is replace the flour and sugar with honey, white beans and avocados.

Another trend in food that has been popular is to cut out carbs altogether. This one you have probably already heard of as it has been around a while and was popularized with the famous Atkins diet.

Atkins got some quite controversial press as it seemed that people were losing weight while still eating fat. But doctors did point out that a pure protein diet it’s pretty harsh on the liver, not to mention the problem of subcutaneous fat. So it’s had a bit of an overhaul, and now there are four stages, which gradually reintroduce a reduced amount of carb into your diet. Atkins recommend that you judge for yourself and see how much carbohydrate your body is comfortable with to keep you at your optimum weight.

Despite The controversy, many people use a low carb diet it to control their weight, especially people with Polycystic Ovary Syndrome. Up to 5 million women in the US may have POCOS, many of them undiagnosed. In this syndrome, the insulin levels are often higher that then need to be and the body reacts badly to sugar and refined carbs. This can cause a sugar addiction. This is where the person will crave sugar. What happens is when they consume that sugar it won’t be processed right be the body. So the sugar levels will fall quickly into the bloodstream, and then they end up feeling like they want some more. By taking themselves out of the sugar cycle, people with PCOS can stabilise their insulin levels. This allows them to maintain healthy weight much more easily and can help prevent the onset of diabetes.

Some people don’t go as far as following the Atkins all the way,  but compromise with only eating carbs at lunch or breakfast. In this way, your body has a greater chance at processing them as you are active through the day. Instead of instantly converting them to fat, during the sedentary evening period. 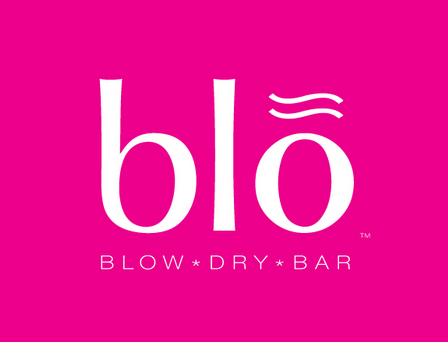 Gaithersburg, MD – Ari Yakobson, Blo Blow Dry Bar and Body By Blo’s CEO, along with Academy Award winning actress Gwyneth Paltrow and hairstylist to the stars, David Babaii are proud to announce their continued expansion in North America. Together, they now welcome their new franchise partner and local resident of Gaithersburg, Laurie Tucker, to the Blo family. As the 43rd Blo location, the salon will officially open in Gaithersburg, Maryland on Friday, June 27, 2014 at 317 Ellington Boulevard.

According to Laurie Tucker, “I cannot wait to bring Blo Blow Dry Bar and Body By Blo to Maryland! Gaithersburg women are in need of quick, affordable and convenient beauty services – I am confident that they will enjoy our upbeat atmosphere, catwalk-quality blo outs and expert nail and wax services. I can’t wait to blo Maryland away!”

To celebrate the opening of Blo and Body By Blo Gaithersburg, MD, the salon is offering $25 blo outs and $10 off your wax or nail service plus pink drinks, sweets and girly tunes will be served in true Blo style.

Blo Blow Dry Bar and Body By Blo offer affordable beauty services seven days a week. Blo maintains top session stylists to deliver flawless hair in-bar or onsite while Body By Blo has the best nail technicians and estheticians on hand for manicures, pedicures and waxing. Walk-ins are accepted and online reservations are available for those pressed for time at www.blomedry.com or www.bodybyblo.com.

Wife and mother of two boys, Laurie Tucker was blessed or cursed with wavy hair. As a graduate of the University of Maryland with a degree in accounting, her love of style and getting a great blo out led her directly to becoming a Franchise Partner with Blo Blow Dry Bar and Body By Blo. Her philosophy is “I love to laugh, and I love a good deal!”