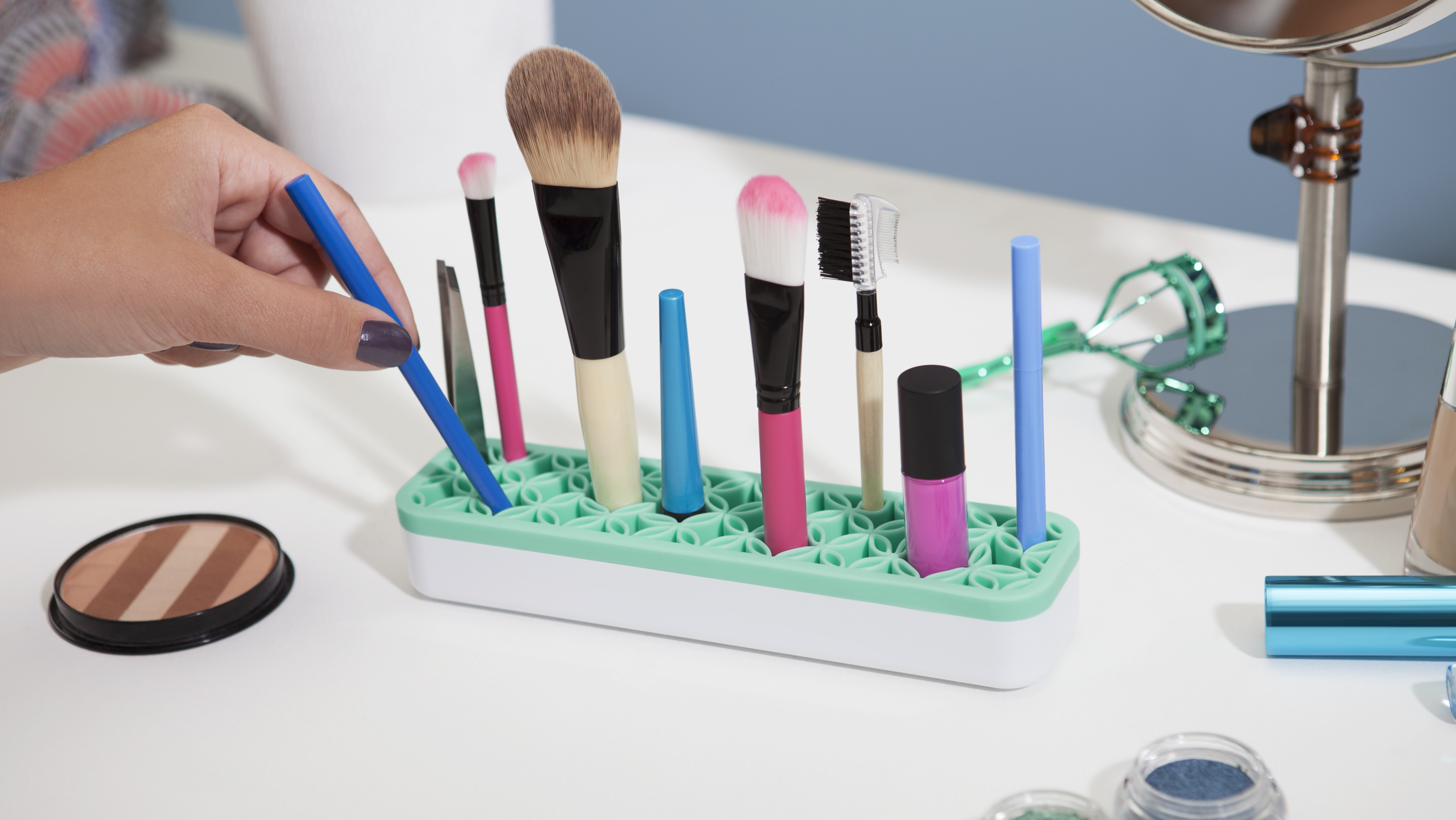 Zen Cosmetics is a makeup organizer that makes primpin’ easy. Available on Quirky.com for $14.99, Zen Cosmetics was invented by Edwin Van de Bospoort of the Netherlands and marks Quirky’s first step into the beauty category.

Zen Cosmetics is a glamorous storage unit that’s designed to hold onto your beauty essentials. Its grippy silicone base accommodates primping tools of varying sizes, from brushes to pencils to tweezers. It’ll keep you looking your best and your counters clutter free. Decked out in an assortment of soft hues including grey, pink, teal, and coral, this is one organizer that doesn’t need to be hidden away. It looks flawless right out in the open.

Like all Quirky products, Zen Cosmetics was invented and influenced by real people like you. Edwin Van de Bospoort is an industrial product designer by education, but spends his days designing interfaces. After opening a junk drawer under his table he found a puzzling mess of pens, batteries, and randomness. He invented Pen Zen to help him and his coworkers keep their desks a little cooler, calmer, and more collected. Its popularity sparked a makeover: Zen Cosmetics.