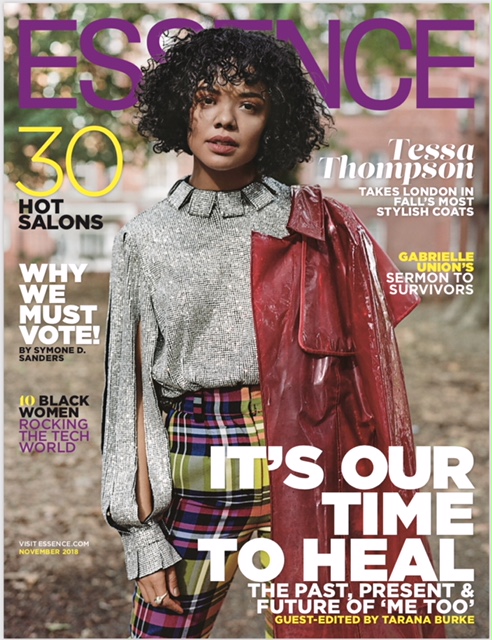 “In playing these lov­ers who really keep each other honest, we’ve developed a friendship where we can speak very, very candidly to each other. There’s a lot of trust between us. When you have that kind of trust with another actor, you can push further and do things that surprise you because you feel like you’re supported…” –Tessa Thompson talks to ESSENCE about working with her Creed IIco-star Michael B. Jordan

Actress Tessa Thompson has gone from Hollywood’s best-kept secret to widely sought-after it girl. From heading across the pond to film a Men in Black spin-off with actor Chris Hemsworth (where ESSENCE caught up with her), to reprising her role as Bianca in the upcoming Creed II—she’s on everyone’s radar. Looking stunning in ESSENCE’s upcoming November spread (shot in Columbia Road in London), she talks about everything from working with co-star Michael B. Jordan to pushing boundaries when it comes to her artistry. “Obviously, I like the idea of expanding perceptions of what a woman can be and what a woman of color can be,” Thompson tells ESSENCE Entertainment Director Cori Murray in the cover story, London Calling. “I like to introduce new spaces…” ESSENCE’s November issue will be on newsstands October 26th. Attached is the cover—for more on the upcoming issue, visit ESSENCE.com