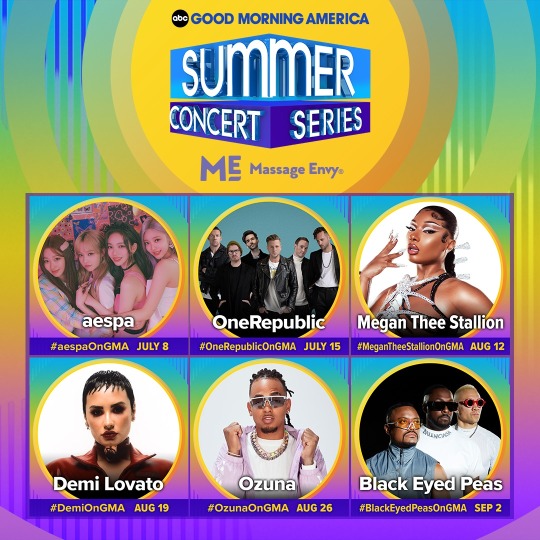 In case you missed it, on “Good Morning America” actor and comedian Martin Lawrence talked about 30th anniversary of ‘Martin,’ and reunion special on BET+ as well as his favorite character and career.

Plus, actress Tessa Thompson discussed her latest role and “GMA” announced the 2022 summer concert series which will include performances from Meg Thee Stallion, Ozuna, and The Black Eyed Peas. Martin Lawrence talks about 30th anniversary of ‘Martin’ The comedy legend and the cast of the hit ’90s sitcom reunited for a new special on BET+.

Actress Tessa Thompson also discusses her role as Valkyrie in ”Thor: Love and Thunder” and Creed 3.

Sponsored by Massage Envy, this year’s concert series lineup includes some of the biggest stars in music, including OneRepublic, Megan Thee Stallion, Demi Lovato, Ozuna, and the Black Eyes Peas.

Each concert will take place from Rumsey Playfield in Central Park in New York City.

This link will be updated as additional performances are announced.

⛪️ Walk in your authority and purpose… Toda