Kourtney Kardashian and Khloe Kardashian revealed their magazine feature in Architectural Digest.  The celebrities shared a few pics (via Instagram and Twitter) from the March 2016 issue.

Kourtney and Khloe looked amazing on the magazine cover!

Click on the link to view more photos of the celebrity homes issue:  Khloe and Kourtney Kardashian Realize Their Dream Homes in California

2015 is set to be a sensational year for the global fashion scene, as the first ever Cannes Fashion Festival takes place in France. Celebrating fashion in its entirety, the festival is a consumer-driven event which sets it far apart from similar fashion festivals around the globe. It also takes place in a highly sought after location, right across from the Cannes Film Festival’s red carpet!

Taking place from 20th-22nd May 2015, it also coincides with the internationally renowned Cannes Film Festival. That means the designers showcasing in the glamorous runway events will have a global stage and shows might even be attended by the world’s biggest film stars.

With stunning runway shows, glamorous parties, competitions for talented aspiring designers, backstage interviews and the Global FashionAwards, the Cannes Fashion Festival is not to be missed. Fashionistas from all over the world will be coming together in a spectacular celebration of fashion talent in the South of France.

The stylish festival will feature an array of glittering runway shows and glamorous events to be attended by international designers, journalists, industry insiders and fashion forward consumers. Many world famous designers are already scheduled for appearances, including CUSTO Barcelona which has been worn by the likes of Brad Pitt and Natalie Portman. The brand has also created a series of limited edition T-shirts for which all profits will go towards stopping the deadly spread of Ebola.

The CUSTO fashion label and Cannes Fashion Festival have teamed up for the Ebola campaign, to assist charities which are helping the worst Ebola-affected areas. Sold online only, customers can choose which charity to donate the proceeds to at the checkout. What’s more, a number of the limited T-shirts have been sent to celebrities to sign, and these pieces will be auctioned off during the festival gala on Friday 22nd May. 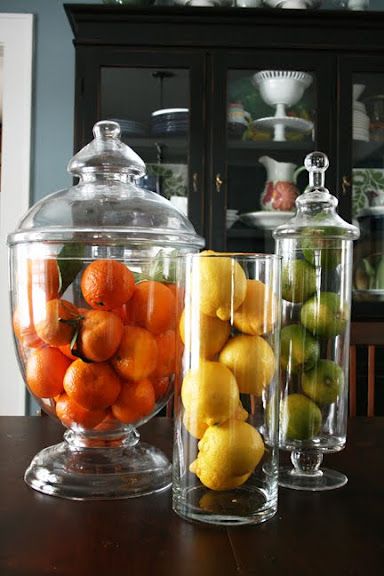 My mother and I have been obsessing (all week) over Apothecary jars.  We’ve shared creative ideas for decorating and organizing with these clear, glass jars.

Apothecary jars are beautiful to the eyes and can be used in a variety of ways.  For example, one can organize a bathroom with these jars by filling with cotton balls or bath soaps.

A decorative use for the jars includes using as an accent object on a table; filled with lemons or flowers.  I’ve discovered on Pinterest that one can make Apothecary jars with a simple vase, candle holder, and super glue.  I love this idea because I’m a sucker for a DIY project!

These sophisticated jars can also showcase the change of seasons (or holiday) with candy, ribbon, or even decor.  The perfect place to display an Apothecary jar is on the fireplace mantle, kitchen bar, accent table, or bath tub.  If you want to add a touch of elegance, place a silver tray underneath the jar.  This can take your jar from ordinary standards to ultra unique in minutes.

If you’re asking yourself, “where can I purchase a set of these jars?” Apothecary jars can be found at Pier 1 Imports, Pottery Barn, and Hobby Lobby.

Raise your hand if you love a good twitter chat? Join Dryel on Sunday, 3/22 at 9 p.m. EST for a live Twitter conversation with Dan Lawson, the Emmy-Nominated costume designer behind CBS’ The Good Wife.

This is a great opportunity to ask anything about The Good Wife fashion and what goes into creating these one-of-a-kind looks. Hosted by @Dryel and @GoodWifeFashion, you can follow along at #laundrochat.  We hope to hear from you during the live chat! 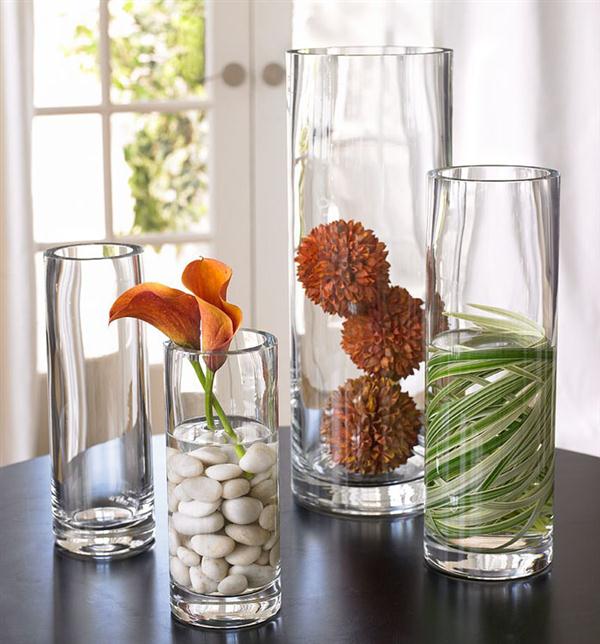 One of the least expensive ways to decorate a home is with the use of floral design.  Not only is it beautiful in terms of aesthetic value but it’s a money saver depending on the plant and design concept.  Flowers can also set the tone for any room, whether romantic or contemporary.

In decorating (or design school) it’s always suggested to use nature for inspiration.  Home floral design can be duplicated with authentic greenery or silk plants.  Either option creates a beautiful centerpiece with a few additional suggestions:

1.  Purchase or use a unique container

2.  Select flowers that are in season with a local florist shop or nursery

3.  Think outside of the box and use fruits as an arrangement

4.  Add ribbons and lace as a nice accent

5.  Try something new such as a wreath, swag, or garland

Also, don’t forget to consider your supplies and the space for your new arrangement.  We will have more floral design tips on Style + Life + Fashion from Debi Lilly (Oprah’s Party Planner) as she will be launching a line of floral designs at select Safeway locations in the Baltimore/DC area. 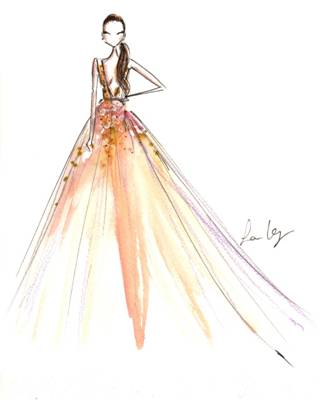 Oscar wasn’t the only thing shining at last night’s Academy Awards. Hollywood’s leading ladies pulled out all the stops when it came to the red carpet. Capturing the most glamorous looks of the night was Laura Kay, founder and artist of Diary Sketches, who re-created the best dressed…in sketch form!

Style + Life + Fashion wanted to share this week’s color palette: Light Sage from HouseBeautiful.com  To read more details about the photo, click on the link: housebeautifuldecoratingcolors

Organization and Time Management Printables: To Do Lists 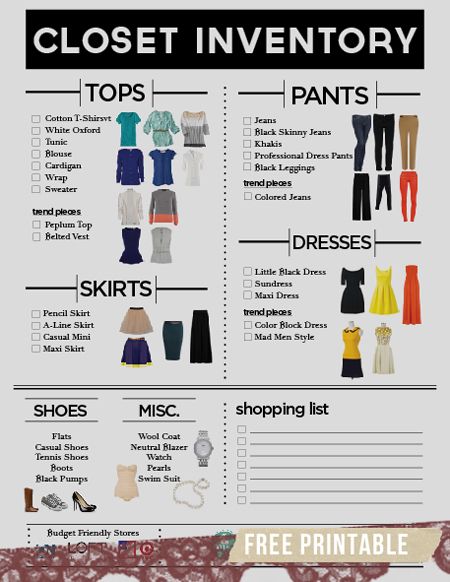 Lifestyle Printables are the latest self management, organization tool.  I like to use them not only for my home but also in terms of selecting cosmetics, bill paying, blogging, and meal planning.

Printables are the perfect solution for simple living.  Here’s how it works:  select the list that’s specific to your life goals, print the list or add fun graphics, and check off items as we move through our tasks.

Some people like to use daily lists (such as the one below) and others prefer to create a lifestyle binder.  No matter what’s your preference this is a great way to feel more in control of your life.

In addition, sharing is caring and we appreciate all of the bloggers that provided printables for us via Pinterest.com  Check back with StyleLifeFashion.com for our list of newly designed printables.

Fashion Week season kicks off this Wednesday in New York, pick up the live stream here…

Rightster is thrilled to be working with IMG once again to provide the official live stream across theMBFW FW 2015
The Rightster fashion portal will feature:

50+ LIVE shows will be broadcast through our 24/7 automatically updating player.
Behind the Scenes looks
Model & Designer Interviews
Studio Stops 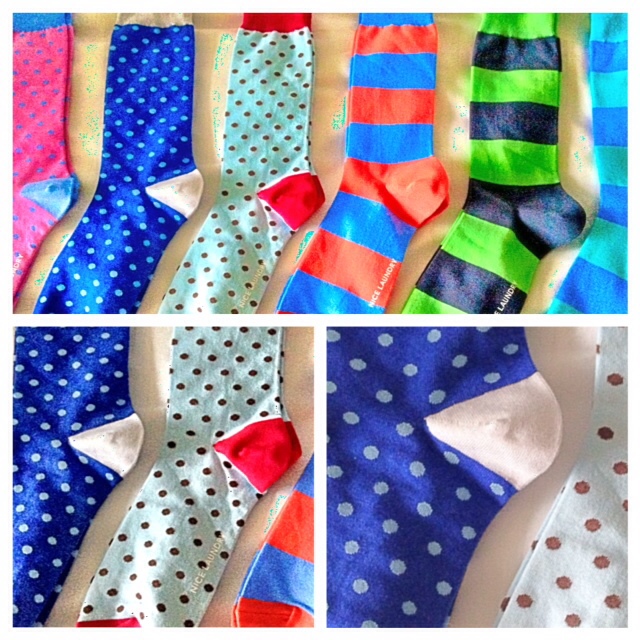 Have you ever purchased a pair of socks that are recycled from your old socks or designs based on the seasons or moods? If not, today you have the opportunity to visit the men's site Nice Laundry.com

We all know that men's socks are made to be stylish, affordable, and durable. Nice Laundry provides all of those great qualities and customers can receive 15 – 20% off discounts. The most important detail to remember is that Nice Laundry sells their socks in packs of 6 pairs which is an easy way to update your sock wardrobe.

If you're searching for high quality, affordable socks visit Nice Laundry.com…I am pleased with their selection!

Mr. West updated his sock drawer – he was pleasantly surprised

Do not go where the path may lead, go instead wher