‘Our Time’, a piece of work on loan from the Museum of Old and New Art (MONA) in Australia, investigates the subjective experience of the passing of time through movement, light and sound, and was reimagined in collaboration with Christopher, to provide the backdrop to the runway collection. The installation’s pendulums swung to their own rhythm in time to the show’s soundtrack by Jimmy Somerville, The Communards and Bronski Beat.

Models including past and present campaign stars Adwoa Aboah, Jean Campbell, Montell Martin and Edie Campbell – who appeared in her first Burberry campaign in 2006 – revealed the collection, which revisited past icons and house codes, including the trench coat, the aviator, the cape, the poncho and the military coat as well as introduced new designs.

The Rainbow check, the latest iteration of Burberry’s most iconic symbol and designed as part of Christopher’s dedication of his last collection to LGBTQ+ communities, featured throughout the show. A capsule of reissued archive pieces from the 1980s and 1990s rereleased as part of this collection is now available for immediate purchase.

Cara Delevingne, discovered by Christopher and Burberry over seven years ago, closed the show and led the finale as models walked under a spectrum of rainbow laser lights.

‘My final collection here at Burberry is dedicated to – and in support of – some of the best and brightest organisations supporting LGBTQ+ youth around the world. There has never been a more important time to say that in our diversity lies our strength, and our creativity.’

Featured Photo is from RamiBittar.com

Style Tribes | The Fashion of Subcultures

Before it hits the runways, and long before it makes it to your local retail racks, fashion grows in unusual places – in social subcultures, among artists, musicians, and other creative and marginalized communities around the world – communities dominated by youth who rely on resourcefulness, passion, joy and political and social outrage to express their identity.

Style Tribes: The Fashion of Subcultures explores the looks and ideologies of these movements over the past century, from the Harlem renaissance to riot grrrls and Harajuku – all gorgeously illustrated with archival and contemporary images.

Book Review:
Style Tribes (The Fashion of Subcultures) has an amazing book cover!  It’s the perfect combination between art, fashion, and cultural awareness.
We often see the hashtag #streetstyle but do we really understand the history or meaning of the term?  This book explains the beginning of fashion (as a movement) while going beyond the showcase of beautiful design pieces.  It captures the authentic style of “real people” with a historical flair; starting with the Flapper era and ending with Kogal.
Historic Costume was one of my favorite fashion courses and this book is now part of my couture library.  The content and photos are inspirational; perfect for any aspiring fashion influencer or professional.  To order click here:  Style Tribes – The Fashion of Subcultures
Accessories / September 26, 2016

PSYCHE
Spring/Summer 2017 LFW Runway
Men’s and Women’s Collections
Malan Breton showcased Spring/Summer 2017 men’s and women’s ready-to-wear collections on September 18th at 19:30at the Freemason’s hall during London Fashion Week. This season, the designer is inspired by the myth of Psyche, and the fables of the butterfly, the butterfly plays a significant part in Taiwanese indigenous culture. The collections represent a new romantic element that is enhanced by beadwork, printed silk organzas, and fusings of denim, silk, and other fibers that exude innovation and deliverance, and use his synonymous west meets east inspiration. Malan Breton incorporates these principals while maintaining highly wearable pieces that contain influence from sportswear to couture elements. Delivering a dynamic performance and overall vision for Spring/Summer 2017. The collection will feature a shoe collaboration with Michela Rigucci for women, and a new collection of Malan Breton luxury leather handbags and luggage. Buyers and retail representative guests of the show will have the opportunity to purchase the collection right off the catwalk using the Markable Application.
Video and production elements created by Cinemalan Productions, and music by Gabriel Yared.
This season, Malan goes back to his bespoke menswear roots at a famous British Heritage line to create options for women, keeping with his strong concept of incorporating Taiwanese fabrication, and indigenous techniques.
Sales Inquiries: info@malanbreton.com
ABOUT MALAN BRETON:
Originating from Taipei, Taiwan. Malan Breton, the designer, founded Malan Breton® collection in 2005, following his training at Turnbull & Asser, and Scaasi. Malan Breton® HOMME in 2010, Malan Breton® Bridal, Underwear, and Cosmetic lines for 2016. The Malan Breton® collection is shown each season at New York Fashion Week, also being presented in New York, Taiwan, China, France, and London to retailers. Breton has been designing since the age of eleven, and is known for his signature detailing, his ethereal gowns, and simple shift dresses. For men he is known for his sharply tailored suits, use of color, and impeccable fabrics. The collections can be found at department stores, and specialty boutiques around the globe, Breton is also a master of the made to measure suit, and has a steadfast following of businessmen, celebrities, politicians, and royals globally.
Malan Breton® is the recipient of the 2016 FGI “Rising Star” award in Menswear, the 2015 European Fashion Council’s “Eirene” award, the 2015, and 2016 Taiwan Tourism Award for contributions in fashion, and media. In 2011 Malan Breton® and NBC Universal were a nominee for the WGSN Global Fashion Award in 2011 for Outstanding collaboration. MalanBreton’s collections have appeared on the world’s brightest stars, and most elite red carpets.
Accessories / September 24, 2015

“Watch all the highlights from Round-up of London Fashion Week Spring/Summer 2016 collections. This season, British Fashion TV will be covering LFW SS16 with live streams of all the onsite London Fashion Week runway shows, daily highlights and interviews with London Fashion Week designers, top models and celebrities. Bi-annualy, some of the best and most influential London designers showcase their upcoming collections including J.W. Anderson, Simone Rocha, Erdem, Vivienne Westwood, House of Holland and many more.”

Butter London has expanded their line of cosmetics from nail polish to lip crayons, mascara, and eyeliner.  I have been (super) lucky to receive a box of their samples this summer.  The products could not have arrived at a better time and I was eager to share the experience.

The Lip Crayons are amazing and come in a variety of shades.  There’s a lip color for every skintone; beauty enthusiasts and makeup artist can have a good time with this product.  The lip pencil is very large (makes it easy to shape the lips) and leaves a creamy finish.  It also smells nice with a mild vanilla scent and the pigment is true to shade.  I give this product a thumbs up and rating of the number 10.

Let’s talk about Allure & Butter London‘s collaboration with a fabulous new nail lacquer collection titled,  Arm Candy!  The theme for the box was take self-expression to the next level with a range of colors and finishes. There were individual lacquers such as Nude Stilettos, Statement Piece, I’m on The List, It’s Vintage, Disco Nap, Lust or Must; the 4-Piece Fashion Lacquer Collection inluded Violet’s Revenge, The Sweet Spot, So Major, Front Row.

Same as the lip crayons, every shade was true to color but most importantly, the polish gave a salon finish.  It was easy to use (or glide) with a specialized top to eliminate spillage.  The nail lacquer also dries fast due to the fact I (always) polish my nails at the last minute.  I give this nail collection a thumbs up and rating of the number 9.

To purchase their products, visit the website: ButterLondon.com  Also, stay connected to the site, there could be a giveaway happening very soon! 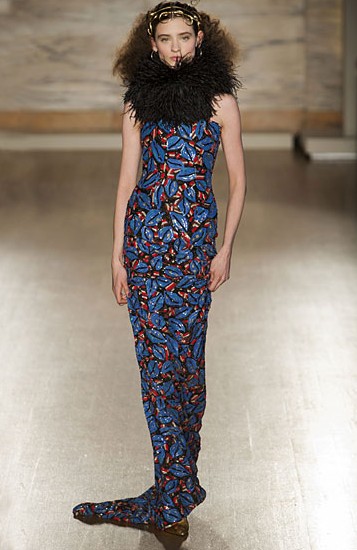 There were prints, beaded gowns, fur collars, and jumpsuits.  Take a look at photos from the London Fall 2013 Collection. 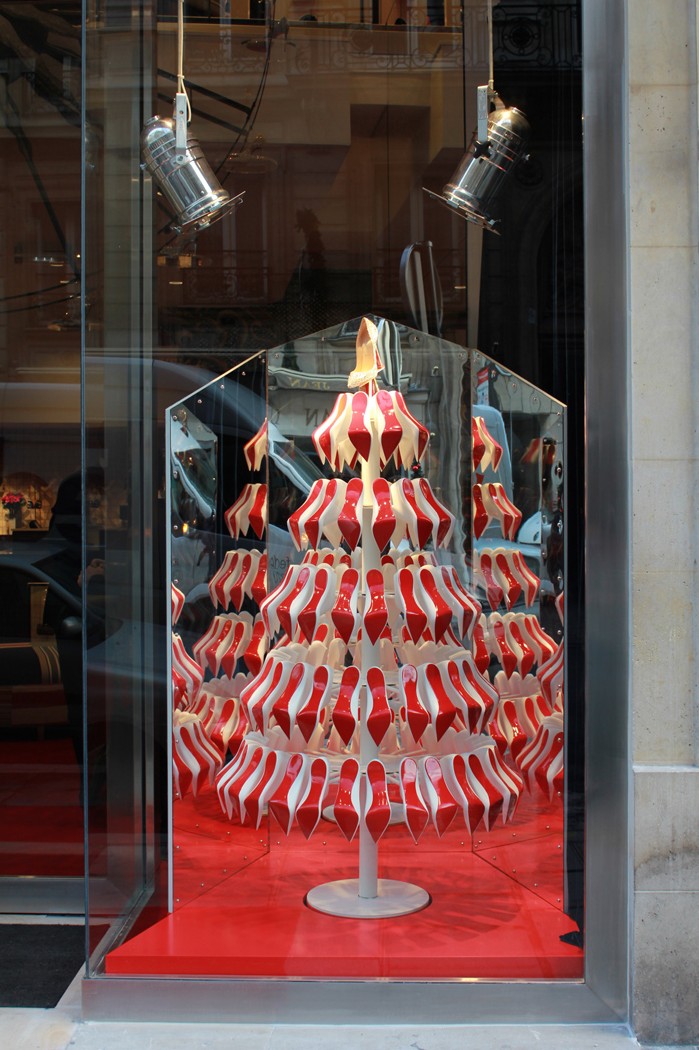 Click on the link to read more about the article: Luxuo Luxury Blog

Who is the ENVIshoes customer? ENVIshoes likes to think of them as a lover of art, fashion and music. They are the blog readers, the trendsetters and risk-takers. They certainly don’t follow the trends, they set them! 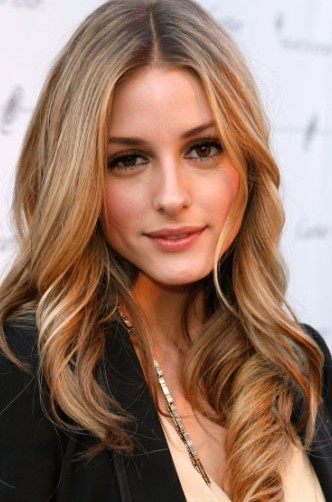 If you were ever a fan of the MTV show titled, “The City” you know about the uptown style of Olivia Palermo.  She was a fierce PR Girl with a style that couldn’t be mimicked by any girl on the street.  Since that time, Olivia has moved up the “fashion ropes” while becoming a rising fashion icon.  She can be seen wearing exclusive runway designs; giving out etiquette tips; and lifestyle blogging.  Olivia is making her own way and letting everyone know that she’s a true fashionista.  Take a look at her “posh” Instyle UK magazine cover.