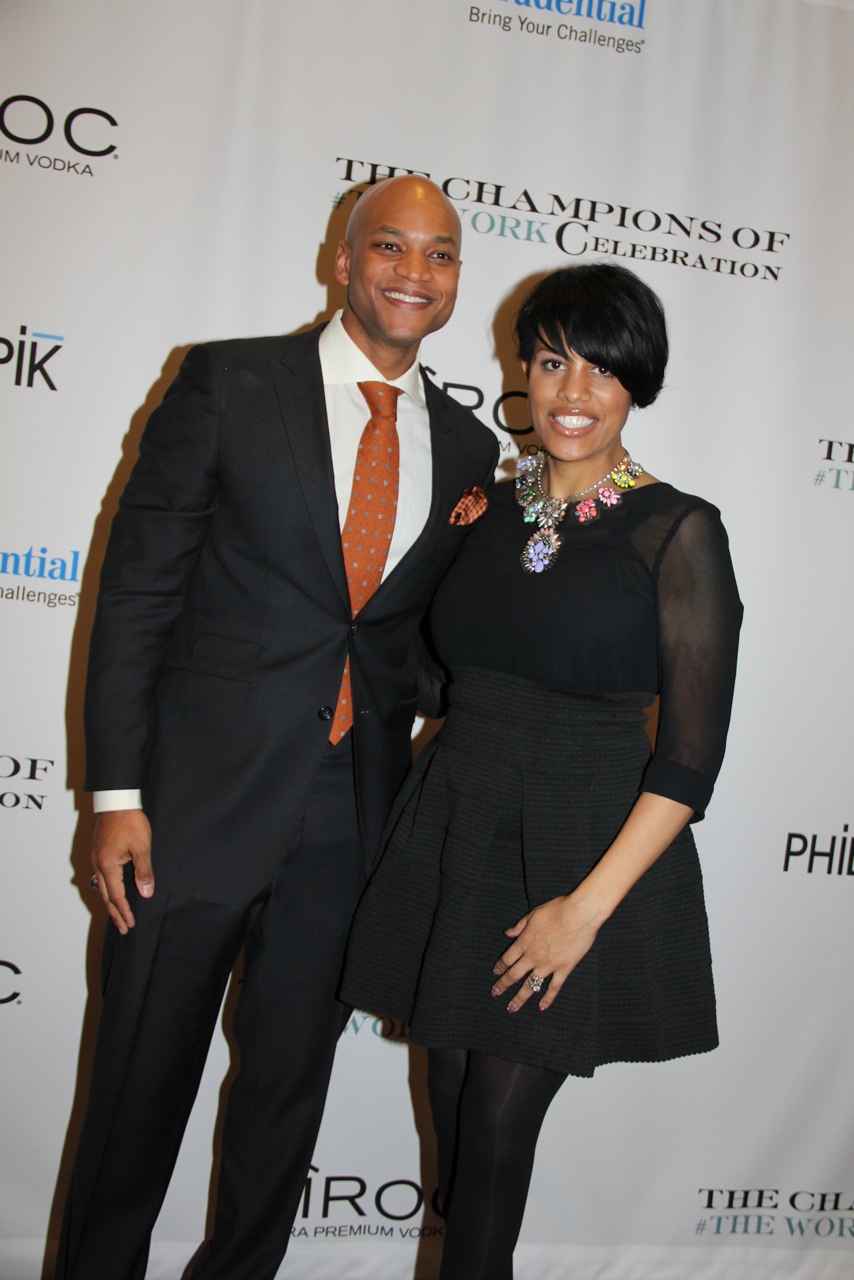 This past Saturday, over 350 people – including Mayor Stephanie Rawlings-Blake and Congressman John Delaney – turned out to support New York Times Best Selling Author Wes Moore at his inaugural Champions of #THEWORK Celebration. Moore and PHILANTHROPIK co-hosted the event at the Four Seasons Baltimore to honor seven individuals for their significant contributions and dedication to their local communities. Just last month, Moore released his second read, The Work, which quickly climbed the ranks of the New York Times’ Best-Seller list.

Moore addressed the crowd in the name of #THEWORK, delivering powerful remarks regarding the importance of finding one’s passion in life through self-discovery, service and risk-taking.

“We want to rejoice the individuals who are using their passions as a vehicle to address the world’s greatest needs, and share their experiences for the chance to inspire others to do the work of their lives.”

ABOUT THE CHAMPIONS OF #THEWORK
Champions of #THEWORK is inspired by New York Times Bestselling Author Wes Moore’s book, The Work. The platform challenges individuals to use their passion as vehicle to address the world’s greatest needs, then share their experiences for a chance to inspire others. Those looking to share their story or find out more, are encouraged to visit www.whatisyourwork.com.

ABOUT WES MOORE
Baltimore Native Wes Moore is an Army combat veteran, national bestselling author, and social entrepreneur. His first book, The Other Wes Moore, became an instant New York Times and Wall Street Journal bestseller as a story that conveys the importance of individual decisions as well as community support. In his most recent book The Work, another New York Times Bestseller, Moore recounts the valuable lessons learned from his experiences in Afghanistan to the Bush White House to the 2008 Obama Presidential Campaign. He is also the host of “Beyond Belief” on the Oprah Winfrey Network and Executive Producer and host of “Coming Back with Wes Moore” on PBS. www.wesmoore.com Twitter: @wesmoore1 Facebook & Instagram: @iamwesmoore

ABOUT PHILANTHROPIK
PHILANTHROPIK is a series of charitable functions produced by activist, strategist and entrepreneur Zachary McDaniels. It was designed to give his network, associates and business partners the opportunity to donate, gain relationships with and connection to organizations both of historic significance and human value. PHILANTHROPIK is an effort to help join those who want to give with those that need it. A simple concept with continual gains. www.philanthropik.org

ABOUT PRUDENTIAL FINANCIAL
For nearly 140 years, Prudential Financial, Inc., has helped individual and institutional customers grow and protect their wealth. Today, it is one of the world’s largest financial services institutions with operations in the United States, Asia, Europe, and Latin America. Prudential also has one of the most recognized and trusted brand symbols: The Rock ®, an icon of strength, stability, expertise, and innovation. The company is a proud sponsor of Wes Moore and Champions of #THEWORK. For more information about this partnership, please visit www.facebook.com/video/embed?video_id=689860094462336.

Congratulations to the Editor and Owner, Kimberly