Today ESSENCE Communications, Inc. announced that the 2019 ESSENCE Festival presented by Coca-Cola will host exclusive keynote conversations with five of the leading Democratic contenders in the 2020 Presidential race, including Senator Cory Booker, Mayor Pete Buttigieg, Senator Kamala Harris, Former Representative Beto O’Rourke and Senator Elizabeth Warren.  These live ‘Presidential Spotlight’ segments will take place on Saturday, July 6 and Sunday, July 7, 2019, on the ESSENCE Power Stage at the Ernest N. Morial Convention Center in New Orleans, LA.  Following the candidates’ remarks, a question-and answer session with each will be led by Rev. Al Sharpton, CEO of ESSENCE Michelle Ebanks and founder and chair of Essence Ventures Richelieu Dennis and will be aired on MSNBC’s PoliticsNation with Al Sharpton.

Attracting an audience of 500,000-plus attendees over July 4th weekend and a total economic impact of roughly $4 billion over 25 years, the ESSENCE Festival has created a “home” for Black communities as the world’s largest cultural, entertainment and empowerment experience.  Beyond its ongoing coverage of key civic participation and political news, ESSENCE utilizes its Festival platform to go even deeper in its delivery of engagement and content that informs, enlightens and provides an open forum to discuss the issues of most importance to Black women, who represent a critical voting bloc wielding increased electoral influence.

“As we look towards the 2020 Presidential election, the importance of Black women and their decisive role in the pathway to victory is undeniable,” said Michelle Ebanks, Chief Executive Officer of ESSENCE Communications.  “We are thrilled to offer an opportunity at our 25th Anniversary ESSENCE Festival for our community to hear directly from some of the top candidates in the 2020 Presidential field as they discuss issues that matter most to our community – and how their individual visions and policies align with those issues.  As the largest annual gathering of Black women in the country, the ESSENCE Festival is a powerful platform to engage this critically influential and diverse segment of voters, who have had historically high turnout in recent years.  It is more clear today than ever that engaging with Black women in a meaningful way isn’t optional.  It is necessary.”

Each candidate will appear individually to outline his or her platform, addressing a live audience from the Power Stage at the ESSENCE Festival’s daytime experience.  Candidates will then field questions generated directly from the ESSENCE community, which includes more than 24 million Black women.   The ‘Presidential Spotlight’ segments will take place throughout the day, with each candidate appearing for 20 minutes:

Attendance is free and open to the public at the Ernest N. Morial Convention Center.   For more information, download the ESSENCE Festival app or visit essence.com/festival. 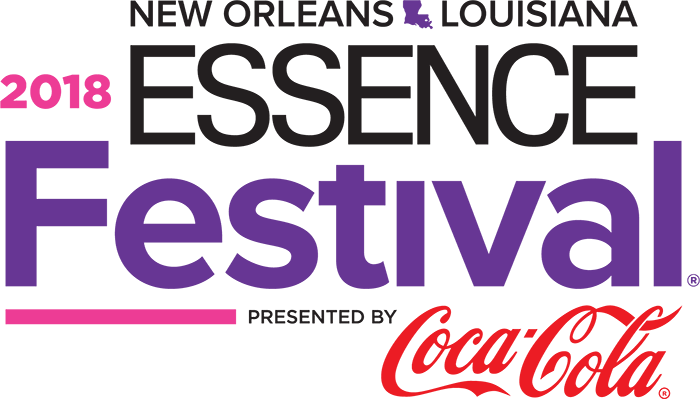 Essence Communications, the leading media, technology, and commerce company serving Black women announced a record-breaking economic impact of $280 million for its 2018 ESSENCE Festival® presented by Coca-Cola.  Growth in Festival attendance, which reached more than 510,000, and a boost in tourism spending within the host City and State of New Orleans, Louisiana, garnered the highest fiscal input in the event’s 24-year history.  Nearing 130,000 attendees per day, the ESSENCE Festival is now also the nation’s largest entertainment and cultural event based on average daily attendance, leading events including Coachella, SXSW, New Orleans Jazz and Made in America festivals.

“As one of the world’s largest annual curated content experiences attracting an international audience of more than a half million people over the course of one weekend, the essence Festival packs a proven and powerful economic punch–and continues to reach new heights in collaboration with the State of Louisiana and City of New Orleans,” said Michelle Ebanks, CEO of Essence Communications. “Working together with our government and enterprise partners, we are pleased to report the highest-ever contribution to the growth and profitability of local businesses and services that help to create an unforgettable experience for our Festival community.”

With the 2018 summer Festival season wrapped, the 4-day Essence Festival has emerged as the leader in size and economic significance among the country’s largest live events and a top destination for tourism during Fourth of July weekend. Through attendee surveys and analysis based on event production, lodging, food & beverage, retail, gaming and transportation spend, the annual economic figure represents a substantial benefit to Louisiana and New Orleans seasonal tourism and shines a spotlight that furthers the legacy of one the nation’s most culturally rich and diverse destinations.

“This year’s Essence Festival was a great success in terms of attendance and national exposure for New Orleans and Louisiana.  I believe many of the Essence Festival attendees will be returning to our state for years to come,” said Louisiana Lieutenant Governor Billy Nungesser.

“On behalf of the City of New Orleans, I am grateful for our continued partnership with the ESSENCE Festival and proud of the impact that’s been made,” said New Orleans Mayor LaToya Cantrell. “This year’s Fest generated tremendous economic activity for the City — money that went to our large and small businesses and to the working men and women who make them run. We look forward to another historic year in 2019.”

In addition to the attendance and economic impact, the scale of talent, programming and digital engagement at the ESSENCE Festival is unmatched.  A 2018 Essence Festival by-the-numbers analysis reveals further record-breaking engagement including 100+ performing artists; 200+ influencers, leaders, creators and celebrities; 150+ Marketplace entrepreneurs; and 200+ hours of live content throughout the weekend that generated 5 billion+ media and PR impressions and reached trending status on social media, featuring 103+ million posts, shares and likes and resulting in 14+ billion social media impressions.

“On the eve of the ESSENCE Festival’s 25th anniversary, scheduled for July 4-7, 2019, this summer’s extraordinary gathering underscores the convening power of culture, as well as the continued interest and engagement of Black women globally around community and content that empowers and inspires,” said Ebanks. “We were thrilled this year to be able to introduce new entrepreneurial and business experiences such as our ESSENCE E-Suites and our ESSENCE Marche e-commerce platform. But there’s so much more. As an almost five-decade-old startup, we are excited to move forward not only as a reimagined media and content company but also as a technology and commerce company using 21st-century platforms to provide even more effective solutions to our community of women. We are continually evolving to shape our work to meet their needs with increasing depth and relevance, and this is just the beginning.”

About Essence Communications Inc.
Essence Communications is the number one media, technology and commerce company dedicated to Black women and inspires a global audience of more than 17 million through diverse storytelling and immersive original content.  With a multi-platform presence in publishing, experiential and online, ESSENCE encompasses its signature magazine; digital, video and social platforms; television specials; books; as well as live events, including Black Women in Music, Black Women in Hollywood, Street Style and the ESSENCE Festival.  Essence Communications is owned by Essence Ventures, an independent African-American owned company focused on merging content, community, and commerce to meet the evolving cultural and lifestyle needs of people of color.