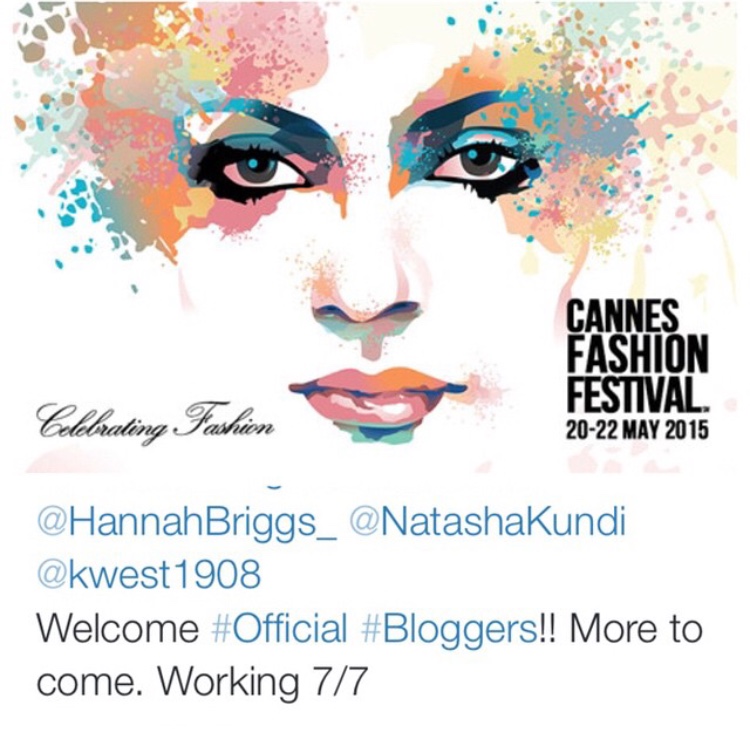 Excited to announce that Style + Life + Fashion’s an Offical Blogger for Cannes Fashion Festival 2015.  See more details about the festival below:

2015 is set to be a sensational year for the global fashion scene, as the first ever Cannes Fashion Festival takes place in France. Celebrating fashion in its entirety, the festival is a consumer-driven event which sets it far apart from similar fashion festivals around the globe. It also takes place in a highly sought after location, right across from the Cannes Film Festival’s red carpet!

Taking place from 20th-22nd May 2015, it also coincides with the internationally renowned Cannes Film Festival. That means the designers showcasing in the glamorous runway events will have a global stage and shows might even be attended by the world’s biggest film stars.

With stunning runway shows, glamorous parties, competitions for talented aspiring designers, backstage interviews and the Global Fashion Awards, the Cannes Fashion Festival is not to be missed. Fashionistas from all over the world will be coming together in a spectacular celebration of fashion talent in the South of France.

The stylish festival will feature an array of glittering runway shows and glamorous events to be attended by international designers, journalists, industry insiders and fashion forward consumers. Many world famous designers are already scheduled for appearances, including CUSTO Barcelona which has been worn by the likes of Brad Pitt and Natalie Portman. The brand has also created a series of limited edition T-shirts for which all profits will go towards stopping the deadly spread of Ebola.

The CUSTO fashion label and Cannes Fashion Festival have teamed up for the Ebola campaign, to assist charities which are helping the worst Ebola-affected areas. Sold online only, customers can choose which charity to donate the proceeds to at the checkout. What’s more, a number of the limited T-shirts have been sent to celebrities to sign, and these pieces will be auctioned off during the festival gala on Friday 22nd May. 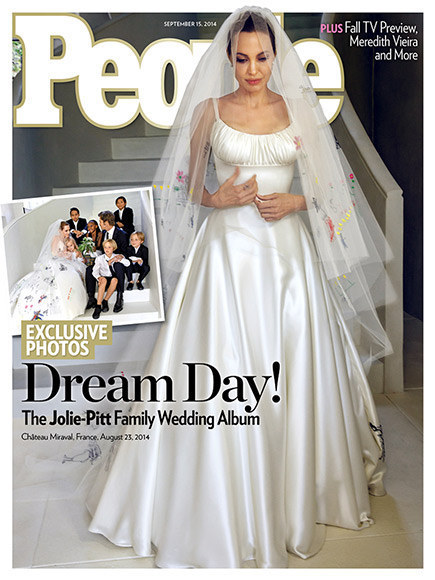 Big News: Angelina Jolie’s wedding dress and details are revealed in the September 2014 issue of People Magazine.  We are excited to read more about Brad and Angelina’s big day!